Hypnosis is a fascinating topic and one that has been around for centuries. However, contrary to popular belief, hypnosis is actually an ‘everyday’ phenomenon, and not a mystical art reserved for magicians and the like. Here are some of the most common questions we get asked about hypnosis:

What is hypnosis, and is it completely natural?

Hypnosis is a natural state of focus and relaxation. It can be likened to guided meditation or even daydreaming. Everyone enters this “hypnosis” at least twice a day, when we’re waking up in the morning and falling asleep at night – that point in between awake and asleep, it’s the same as hypnosis. Hypnosis is a completely natural, normal state of mind.

Hypnosis often feels like relaxation and the focus of attention. Sometimes you feel like you’re daydreaming, sometimes you will remained focussed, with your entire attention on the hypnotist’s voice. People who are less informed about hypnosis can leave a hypnotherapy session believing they were not hypnotised, because they didn’t “black out” and they didn’t “forget everything that happened”… As a rule, however, most people are always aware of what happens during hypnosis and most people will remember (most of) what happened during their session.

Hypnosis isn’t a state of amnesia, nor is it a state of unconsciousness, it is actually the opposite! Hypnotised subjects do not “give up control” when they are hypnotised, but in fact they enjoy the state of hypnosis so much that they want to remain in the state. This means participants more readily go along with what it is that the hypnotist is having them do.

Can absolutely everyone be hypnotised?

Yes, pretty much everyone can be hypnotised to some level. Some people are naturally better hypnotic subjects than others. Some people develop their ability to be hypnotised, whilst others only ever experience a relatively “light” state of hypnosis, but regardless of “depth”, it is possible for almost everyone on the planet to be hypnotised.

Sometimes people believe that they can’t be hypnotised, and if this is the case, the hypnotist attempting to get this person into hypnosis will have his work cut out. Why? Because all hypnosis is self-hypnosis. You are doing the “hypnosis” in your own head, it’s not magic, it’s a natural state that you can bring about just by thinking about it. So if someone believes that hypnosis doesn’t work, then it probably won’t work for them and their doubt becomes a self-fulfilling prophecy.

There are many other things that can either improve or reduce your success as a hypnotist, and you might never even be aware of these things. Sometimes people can be in an un-resourceful mood, irritable, nervous, uncomfortable, these negative moods and feelings can sometimes cause a subject to naturally resist hypnosis.

The same thing often happens if the subject doesn’t actually like the hypnotist. Alternatively, other people will be excited to be hypnotised, they will have spent time researching hypnosis, talking to their friends about it, and often this helps people to more easily be hypnotised. There are no hard and fast rules about who will be a good hypnotic subject, and even a “good subject” will have off days. As a hypnotist, you have to work with your subjects to find the best way for every individual to go into hypnosis as best they can, given the situation.

What's the difference between hypnotherapy and stage hypnosis?

Hypnotherapy is a very different discipline to stage hypnosis. A hypnotherapists job is to help people to overcome personal problems, fears, addictions, and so forth, this is usually done in a private, professional environment. Stage (and street) hypnotists are solely focussed on the entertainment side of hypnosis.

There is no right or wrong when it comes to choosing which avenue of hypnosis you wish to learn, but in our experience some of the best and most well-rounded hypnotists in the world are proficient in both hypnotherapy and stage/street hypnosis, including some of our excellent hypnotherapy trainers.

What's the difference between hypnotherapy and self-hypnosis?

Self-hypnosis can be very effective for working with simple issues, and it is frequently taught to hypnotherapy clients to use as homework after completing the therapy process, as it is useful for reinforcing gains made during therapy. However, for deeper/more complex issues, seeing a hypnotherapist will often provide better results than using self-hypnosis as a first approach.

Is hypnosis the same as being asleep?

No, hypnosis is not the same as being asleep. It is possible for hypnotised subjects to fall asleep, but then they are no longer in a state of hypnosis, and a hypnotherapist would have to wake them up to continue with the session.

Is hypnosis the same as being unconscious?

No, hypnosis is not the same as being unconscious. You are always aware of your surroundings when you are in a state of hypnosis.

Do you know what's going on when you are hypnotised?

Yes, you will know what’s going on when you are hypnotised. As a rule, you are always aware of where you are and what the hypnotist is saying. Although, at times, it can feel so good you may not bother to remember all of it, just what is important.

Can you get stuck in a state of hypnosis?

No, you cannot get stuck in hypnosis. No one has ever been stuck in hypnosis, it is impossible. If the hypnotist were to stop talking, mid-flow, you would eventually just re-alert yourself, and “wake up” naturally.

Why should I choose hypnotherapy over other methods?

Hypnotherapy is a tried and tested solution to a huge array of problems, with many people successfully resolving issues that other treatments failed to remedy. Why? Because a great many problems are in themselves psychological. Often events and experiences from our past, shape the way that we behave today, sometimes even if we have absolutely no memory of the experiences themselves. Drugs are not always the answer… Talking to someone about your problems won’t always work… Cold-turkey doesn’t always cut it…

Hypnotherapists aim to find the source of the problem and cut it out at the root, often with a great deal of success across the board. If you are already a complementary therapist or psychotherapist, hypnotherapy can provide an added dimension to your work.

What can hypnotherapy effectively be used to treat?

Hypnotherapy can be used to treat thousands of different problems, from the standard “smoking cessation” or “weight loss” sessions to more unusual conditions such as “fear of baby ducks” or “a sexual attraction to baked beans”. Here is a brief list of some of the main problems hypnotherapy is used to treat:

I need help - How do I choose a hypnotherapist?

If you are looking for a hypnotherapist, you should always do research before signing up for anything. Always find a hypnotherapist who has testimonials from clients. If they have a Facebook page, look for the ones with real posts from real people thanking them for the hypnotherapy and giving them praise. Look for professionally trained hypnotherapists who can show you their credentials. Above all, if you meet the hypnotherapist for a consultation and they make you feel uncomfortable, or you get a “bad vibe” then you should leave! Find someone new who will work better for you as an individual, because you’re in charge, so don’t settle for anything less than you deserve!

Is hypnotherapy 100% guaranteed to work?

Hypnotherapy, like almost anything, is never 100% guaranteed to work. Different hypnotherapists report different success rates – often this is because all hypnotherapists are not created equal, some are just trained better than others. That said, the rates of success encountered with hypnotherapy are often much higher than when compared to the rates of other complimentary therapies and even some widely-accepted medicines and treatment.

Have a question about hypnosis that wasn’t answered above?

Ask Us A Question

The HypnoTC Hypnotherapy Diploma Course has the following accreditations: 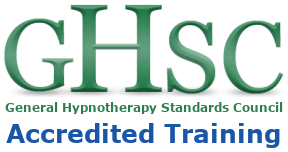 We are also proud to have the following endorsements and affiliations: 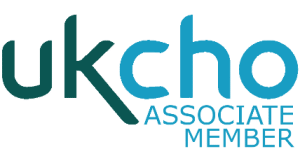 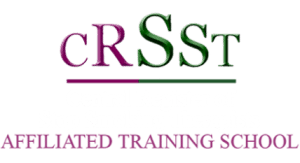 Professional hypnotherapy training "Helping you to help others"